Oct 15, 2019 in Spotlight by Heidi Prescott-Wieneke

For years, she has been waking up to her phone alarm that’s set to the opening song in “The Lion King.” She usually reaches over to her nightstand to quickly silence the music.

When her son and daughter were younger, she would put on her robe and head to the kitchen to pack them lunches before they leave for school. Then she would get herself ready for work.

Hill, 45, remembers hearing her alarm, reaching for her phone and staring at it blankly. It took a few minutes before she actually hit the snooze and rolled out of bed. 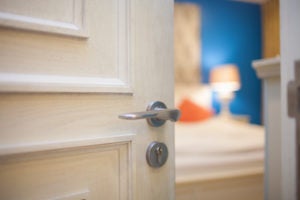 After she did, Hill said she stumbled toward the bedroom door and stood there, staring at the knob. “I couldn’t get my hand to the door, and I couldn’t figure out how to turn the knob,” she said.

That morning, her teenager daughter, Kennedy Day, was home sick from school. Kennedy had crawled into bed next to her mom that morning around 5, after her stepdad, Carlos, left for work.

She looked over and saw her mom standing motionless at the door.

“Are you all right, Mom?” she asked, feeling concerned.

“I’m OK,” Hill managed to respond, before her daughter helped her back into bed.

But Kennedy knew something was wrong, so she called for help. 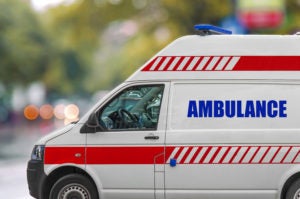 Hill remembers the ambulance taking her to the Memorial Hospital Emergency Department. Everyone was asking her questions, and she could hear and understand them, but she couldn’t form the words to respond. She said it felt like her brain wasn’t able to communicate with the rest of her body.

And she was right. Hill was having a stroke.

After being rushed into surgery, Dr. Michael Hall, an interventional and neurointerventional radiologist with Beacon Medical Group, removed a blood clot from the primary motor cortex of her brain. He accomplished this by placing a special stent into the blocked artery. After leaving the stent in position for a few minutes, the clot attached to the stent and the stent was removed. 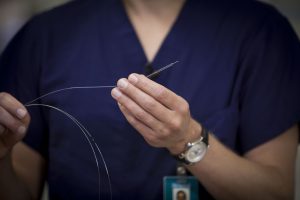 The procedure, which is called an endovascular thrombectomy, worked on the first try.

According to the Centers for Disease Control and Prevention, a person can experience a stroke if something happens to interrupt the flow of blood to the brain. Hill suffered what’s called an ischemic stroke, which occurs when an artery to the brain is blocked.

Brain cells start to die within minutes of that interruption because they can’t get oxygen. Sudden bleeding in the brain also can cause a stroke. If brain cells die or are damaged because of a stroke, Hall said symptoms start to show in the parts of the body that are controlled by those brain cells.

Some of the major signs of stroke include:

Getting fast treatment is important to preventing disability from a stroke, or even death.

“Time was very important. I am very blessed. I could’ve had permanent damage that affected me the rest of my life. I could’ve died,” Hill said. “But I never saw it coming.”

She didn’t have any of the major risk factors. Hill didn’t smoke or have high blood pressure or high cholesterol.

In fact, Hill eats health foods and works out regularly at the gym. Her friends would call her “Wonder Woman” before her stroke because she was constantly on the go.

Now, they use the superhero nickname for their friend because of her strength and determination. 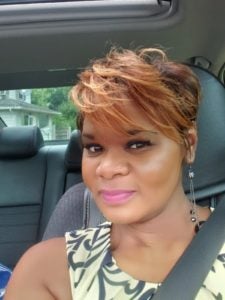 “I used to talk a bit faster, but now I can’t because some syllables are harder for me to pronounce. People say they don’t notice anything, but I do,” she said. “And I get tired quicker. I just have to listen to my body and rest when I feel that way.”

What has Hill learned from this experience?

“I was healthier than the average woman my age, so I never thought I’d have a stroke,” she said. “Now I know it can happen to anybody, whether you’re taking care of yourself or not.”

While the stroke was a setback in her life, Hill lives life to its fullest.

“I believe you never know what you can do unless you try,” she said. “I’m the kind of person who thinks you can do anything if you put your mind to it.” 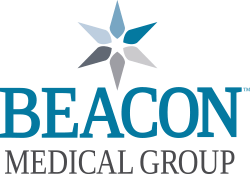