Oct 29, 2021 in Spotlight by Heidi Prescott-Wieneke 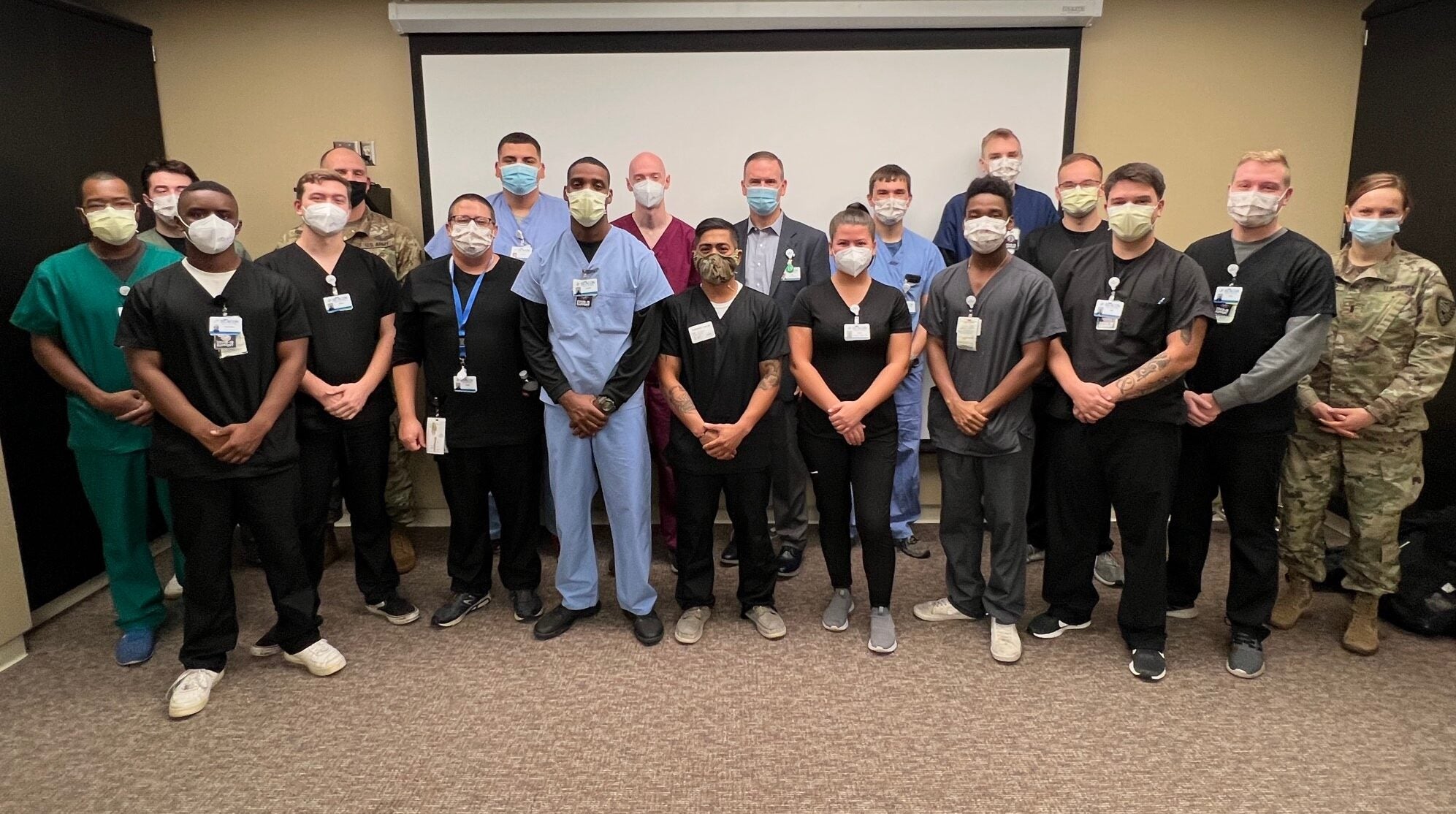 Memorial Hospital President Larry Tracy wanted to recognize the sacrifice made by the 20 individuals with the Indiana Army National Guard who supported our hospital and, in turn, our community during these challenging times.

He only had to think back to his own military career to come up with the perfect way to thank them.

“As my team knows, I’m a former military officer and I stole one of the traditions from the military when I came to health care. And that is coining folks when they go above and beyond,” said Tracy, who served on active duty as an officer in the United States Army from 1991 to 1999 before transitioning to health care.

In the military, “coining” is a way for senior leadership to show appreciation on the spot for a job well done. 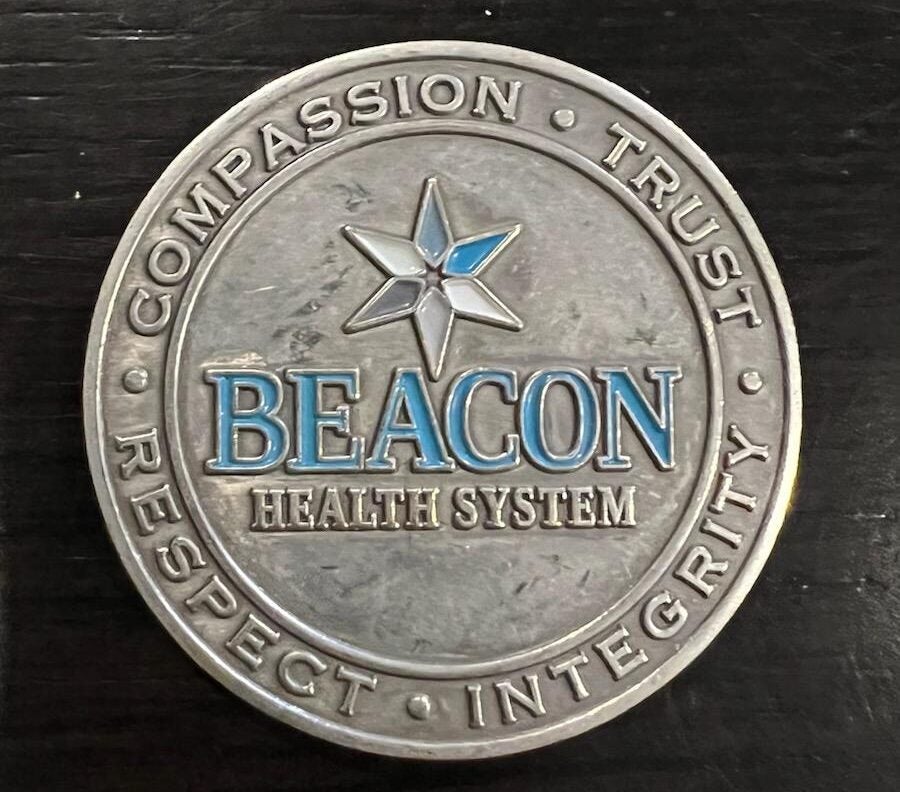 Since joining Beacon Health System during the summer of 2016, Tracy has bestowed hundreds of coins on deserving members of his hospital team.

“I couldn’t think of a more appropriate group of people to recognize than all of you,” he told the gathering of Guard members on Thursday morning. “This hospital has been hurting for months and months. The burden our team is going through trying to care for this community with a virus that just won’t go away has really taken a toll. And you all couldn’t have come in at a more perfect time to lend a helping hand.”

Like many other hospitals across the state, Memorial Hospital requested support this fall from the National Guard’s “Hospital Crisis Response” teams. These special teams were created in coordination with the Indiana Department of Health.

Memorial received the help of an oversight leader, six medics and 13 generalists.

During the past two weeks, the medics have worked alongside the team in the Emergency Department, which has experienced a dramatic increase in the volume of patients during the past few months. The generalists have supported our Police & Security, Nutritional Services and Environmental Services departments. 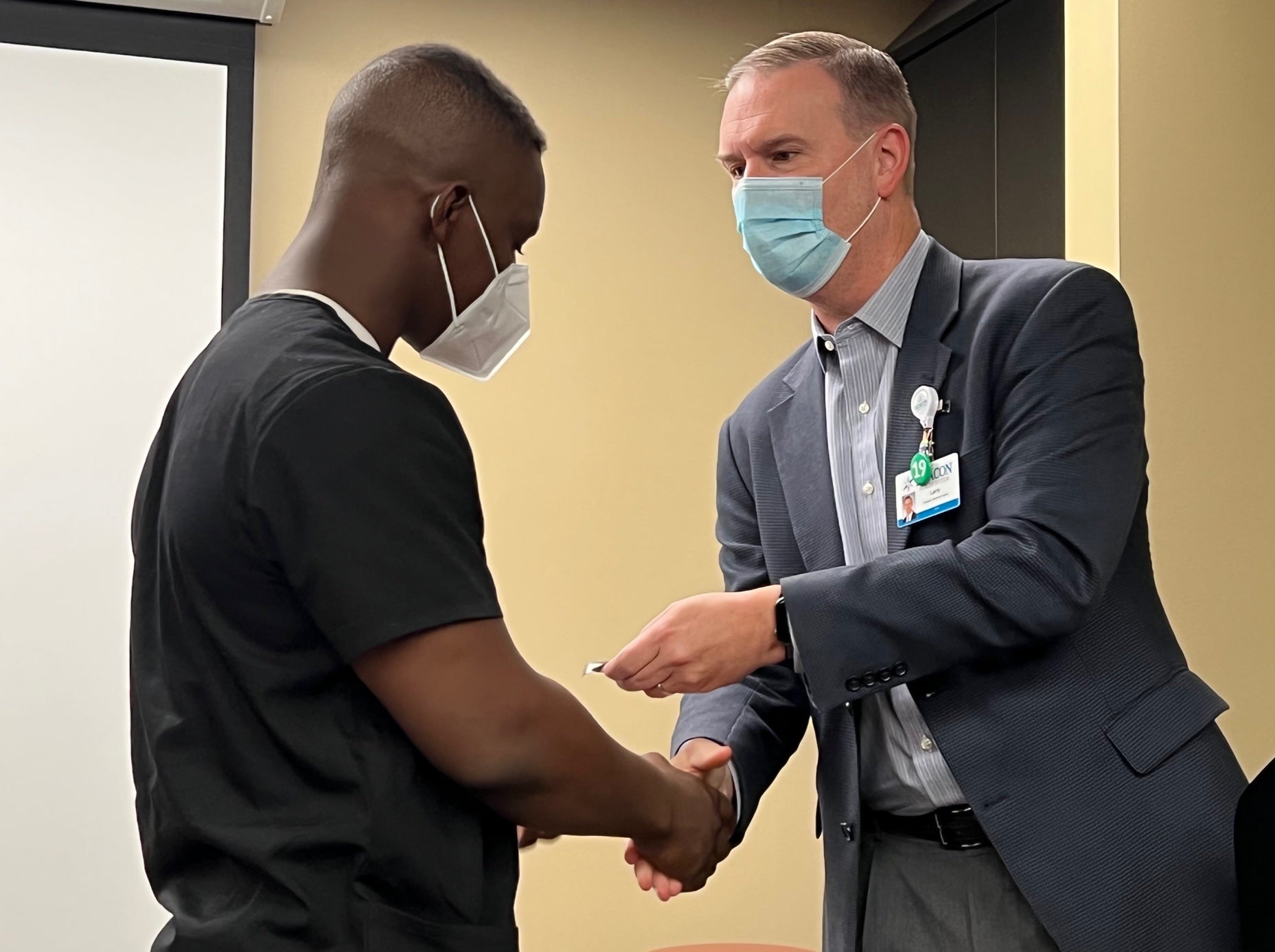 Tracy presented each Guard member with a coin, a handshake and sincere words of appreciation. The coins are embossed with the Beacon Health System logo and the Beacon values of trust, respect, integrity and compassion.

“As a former military officer, I am proud of the National Guard members who have joined us to serve our community,” Tracy said. “These versatile citizen soldiers answered the call of duty when their state and our hospital needed them. My thanks go out to them for supporting us.”

Before the gathering adjourned, 1st Lt. Samantha Hatfield stepped forward with a frame in hand. The gesture clearly touched Tracy as he accepted the gift.

“On behalf of our team and our Lieutenant Colonel, we want to present your hospital with a Certificate of Appreciation,” Lt. Hatfield said. “Thank you so much for everything you have done and how accommodating you’ve been. We really appreciate that.”