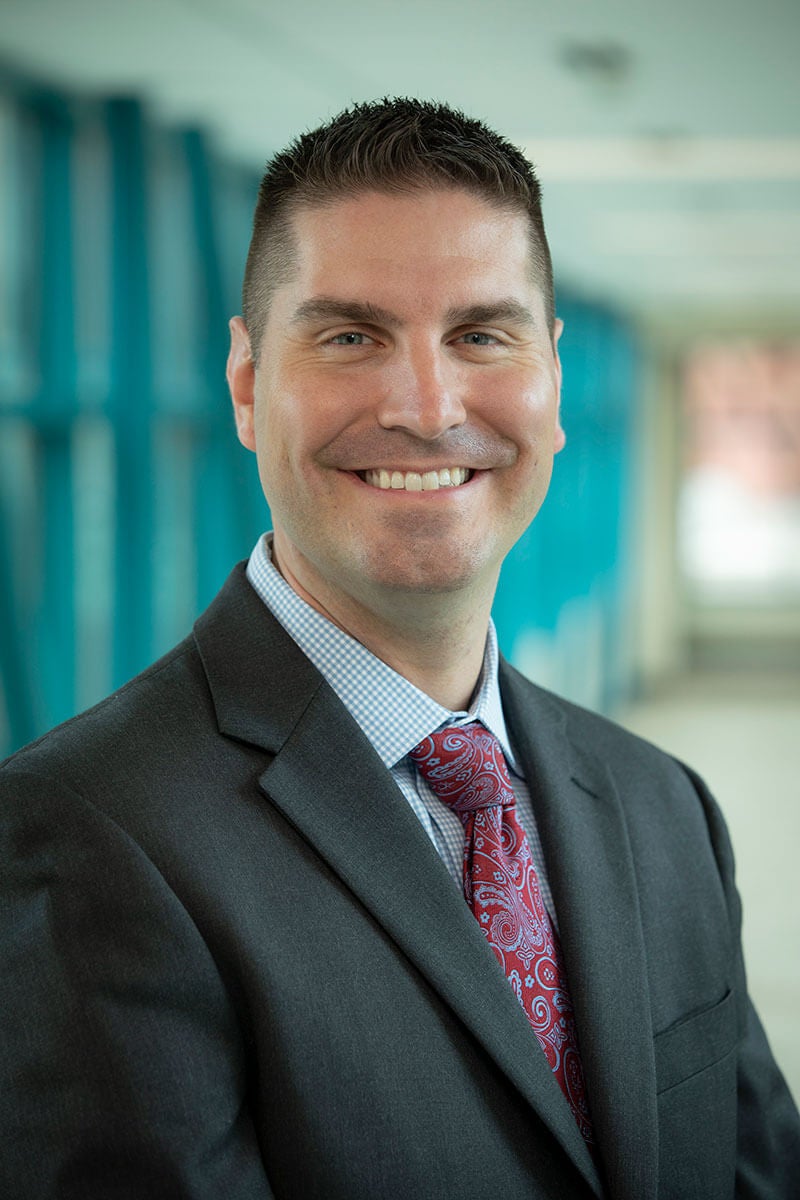 Justin Koenig, DO, FACOS, has dedicated his life to serving his country and his patients. The U.S. Air Force Major helped lead surgical teams at home and abroad in his years of military service. He was even deployed to North Africa to help establish trauma care services in developing regions.

While stationed at the U.S. Air Force Academy in Colorado, the Auburn, Ind., native and his family decided to return to the Midwest so he could practice medicine in a more traditional hospital setting. Dr. Koenig wanted to be a part of the Beacon team because of our commitment to improving the lives of our patients.

“As a trauma surgeon, I usually meet people on their worst day imaginable and I make my best effort to heal them,” Dr. Koenig said. “I want to be your ally. It’s my goal to make patients as informed about their care as possible. And I work with each patient to improve his or her overall well-being and ensure they are an integral part of their own healing process.”

His resume contains numerous Air Force commendation and service medals, teaching awards, even film and television credits as a surgical resident on “Chicago Trauma” and “Chicagoland.” But this humble, patient-centered doctor appreciates nothing more than seeing a patient back in their normal routine doing well.

“Never underestimate the value of faith and a positive mental attitude,” Dr. Koenig said about what he has learned from patients over the years. “I have seen people use horrible events to change their lives for the better and achieve remarkable things.”

In his own words

In addition to medicine, what are you passionate about? The Chicago Cubs, military documentaries, industrial age documentaries, collector cars and traveling.

Do you have a role model? No one has taught me more about dedication, work ethic and achieving my goals than my parents.

What is your favorite food? I enjoy authentic Italian pizza with Super Tuscan wine.

What is your favorite movie? “Baseball” A Film by Ken Burns.

What is something most people don’t know about you? Having grown up in Auburn, watching classic car auctions and studying the mechanics of antique cars is a nerdy passion of mine.

If you could sit down to dinner with anyone, who would it be and why? Sir Winston Churchill. He was a man appointed to take over as Prime Minister of Britain during a time of desperation for the country during World War II. With great courage and conviction to his beliefs, he was able to lead his nation through the darkest of times and onto victory. He is one of history’s most courageous leaders.

Print out this Page