It’s amazing how your perspective can change when you have hope.

Ernest went from believing he was going to die to realizing that there was a team of medical professionals out there who could help him. A team that genuinely cared about his well-being – and his survival.

A space between life and death

In December 2018, Ernest knew something was wrong. He was sick, experiencing abdominal pain and bleeding, and he was growing weak. But like most people, he thought it would “just go away.” He was physically active; he had never been ill. He was a husband and father of three. He and his family – including his parents – had recently moved to their new home in South Bend. He had a new job as a professor at an ivy league university, and then – in October – he lost his dad.

It was a stressful time. “I thought it was an ulcer or something. I just kept pressing through,” he explains. But in April 2019, things changed dramatically.

Although he was feeling progressively worse, he took his family to his ancestral home in New Orleans for Easter. He could barely walk, or even stand. Ernest feared this would be the last time he saw his beloved city. “I knew that it was bad,” he says. “I just had this feeling that it was not going to end well.”

Back home a week later, he passed out on his bedroom floor. It was his 48th birthday. “I was super nauseous and in so much pain,” Ernest explains. “I went from ‘I’ll just rest this off’ to ‘this is it; this is the end.’” As he waited for the ambulance to arrive, he felt as though he was hovering in a space between life and death. 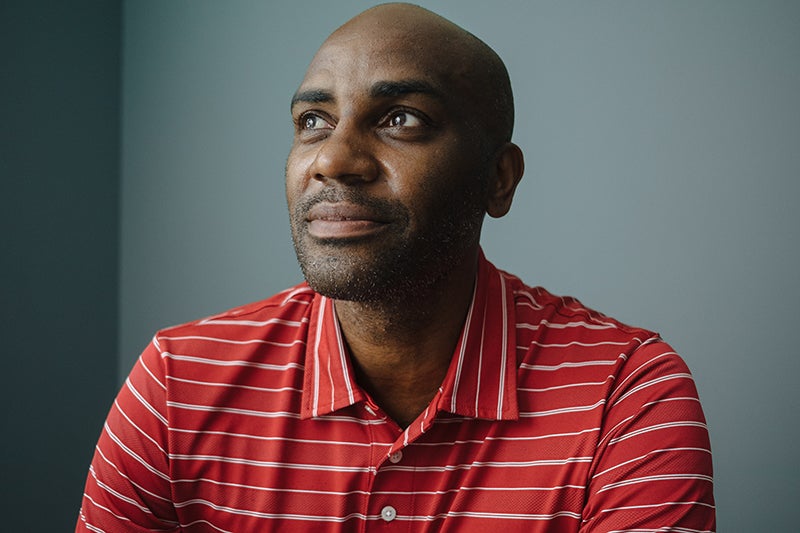 A turning point – and a new sense of hope

On the way to Beacon Memorial Hospital, something changed for Ernest. In that moment, he suddenly realized: “There are doctors who can help me. Mentally, my journey was really a positive one from that point on.”

That personal level of care made all the difference in my recovery. –Ernest

A personal level of care 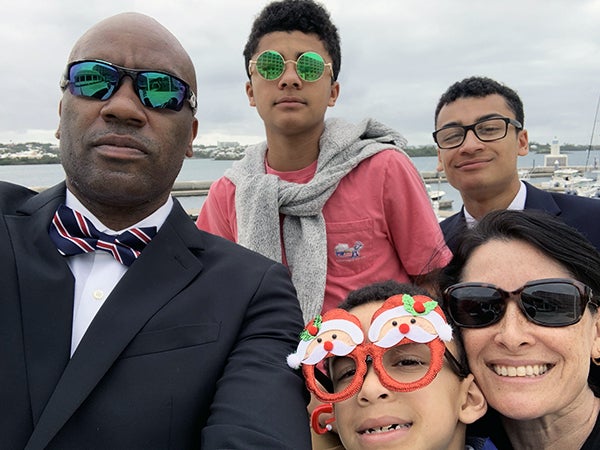 “Going into surgery, you ask yourself, can I handle this. Can I handle it with dignity?” Ernest reflects. “Colorectal surgery is tough.” But when it was over, his surgeon, Dr. Thompson gave him another life-changing pep talk. After reassuring him that he’d get his six-pack back, he made Ernest promise that he would get up that night and get walking again. “That kind of partnership; that personal level of care… it made all the difference in my recovery.”

The quality of the surgeons and oncology team we have here – they are world class,” he says. “They laugh and cry with you. They worry about you. They celebrate with you. They love you through their medical attention. –Ernest

They’re invested, not just in your treatment but in your life

After his long recovery from the surgery, facing months of aggressive chemotherapy, it was that caring connection that would get Ernest safely through the rest of his journey. “You don’t ‘beat’ chemo, you ‘have’ it,” Ernest says. “It’s a whole other thing entirely.” But the medical oncology team were with him every step of the way. “I really felt like I had joined a family.”

For Ernest, it was a road he took one day – one goal – at a time. “But,” he says, “I didn’t have to figure it out on my own.” They answered all his questions, they had long conversations with him, they texted him just to check in and make sure he was alright. He could reach out to his team day or night – and they were always there for him. When he felt sick from the chemo, his oncologist reassured him, “You don’t have to suffer. We have medications that can help you.”

He never felt alone. “The quality of the surgeons and oncology team we have here – they are world class,” he says. “They laugh and cry with you. They worry about you. They celebrate with you. They love you through their medical attention.” Ernest even had the support of other patients who had experienced chemo before him. “They were there any time, for anything. We shared a common bond.”

Time to ring the bell 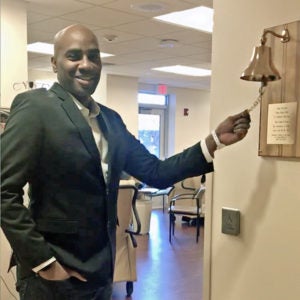 When it came time for his final treatment, the team was just as joyous and emotional as Ernest. “The nurse told me, “You’ve got to ring the bell!”

He rang it for himself and for all the people there still going through treatment. “Everyone was clapping,” he says. “You get caught up in that moment – it gives people hope.”

Today, Ernest certainly has a new perspective. “You think about these new people in your life. You certainly become a champion for cancer research. What science has performed, it’s a miracle.” He tries to remain in the present, while still thinking long-term. “It is not a short journey. It’s exhausting. But because I had people like the oncology team at Beacon in my corner, I had more than a fighting chance. And now… I have a clean slate.”


They are world class… Because I had Beacon in my corner, I had more than a fighting chance. –Ernest

Beacon Cancer Care is home to a team of highly skilled oncologists specializing in cancer and blood disorders. Taking a comprehensive approach to cancer treatment, our physician team, with their nurse practitioners or physician assistants, will work side-by-side with a dedicated staff of nurses, therapists, navigators, social workers, clinical pharmacists, dietitians and genetics counselors to deliver the highest quality of care, using cutting-edge technology and procedures to diagnose and treat cancer based on individual needs. 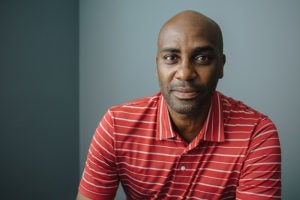 *The quotations provided in this article are part of a testimonial from Ernest Morrel, a patient at Beacon Memorial Hospital.