Nov 17, 2019 in Spotlight by Heidi Prescott-Wieneke 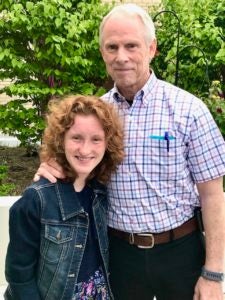 “As parents, hearing that our daughter’s chances of survival were very slim are words that no parent wants to hear. Every day after, and now, is a gift from God.” — Kristie Brown

Mackenzie “Mackie” Brown, of Edwardsburg, weighed just 12 ounces when she was born via emergency c-section on May 24, 2005 at Memorial Hospital of South Bend.

Twelve ounces. That’s a can of soda, to put it in perspective.

It’s so small, in fact, that Mackie’s name appears on an elite list. The Tiniest Babies Registry, which was developed and is maintained by University of Iowa Health Care, tracks the littlest micro-preemies in the world.

“We took everything day by day. We endured many ups and downs, mentally and emotionally,” said her mom, Kristie, about the first days in the NICU.

Beacon Children’s Hospital is a Level III NICU, which means our team offers an advanced level of care for babies born prematurely as well as babies born with a critical illness.

“I would spend most of the day at the hospital with her, and my husband Jeff and I would both come up in the evenings, never knowing what the next day would bring,” Kristie said. “It was very hard watching other parents walk out of the hospital with their newborn, while we went home without Mackenzie.” 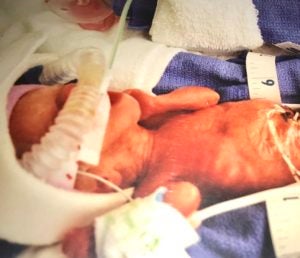 While in the NICU, she had developed many types of infections and endured five blood transfusions. But Kristie said they knew their tiny baby was in excellent hands.

“The wonderful NICU doctors, nurses, and respiratory therapists made it very comforting to us,” Kristie said.

After spending approximately 100 days in the NICU, the Browns finally took Mackenzie home.

Today, Mackie is 14 years old and a freshman at Edwardsburg High School.

She is actively involved in the upcoming play, “The Three Musketeers”, and enjoys choir, Broadway musicals, boating, swimming, and spending time on Eagle Lake with friends and family, including her younger brother, Kaleb.

When she gets older, Mackie says she wants to become a photographer who specializes in taking photos of preemies who were just like her. 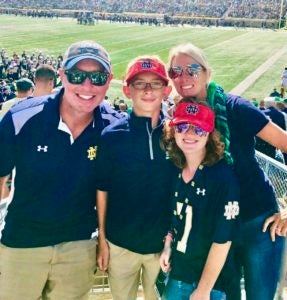