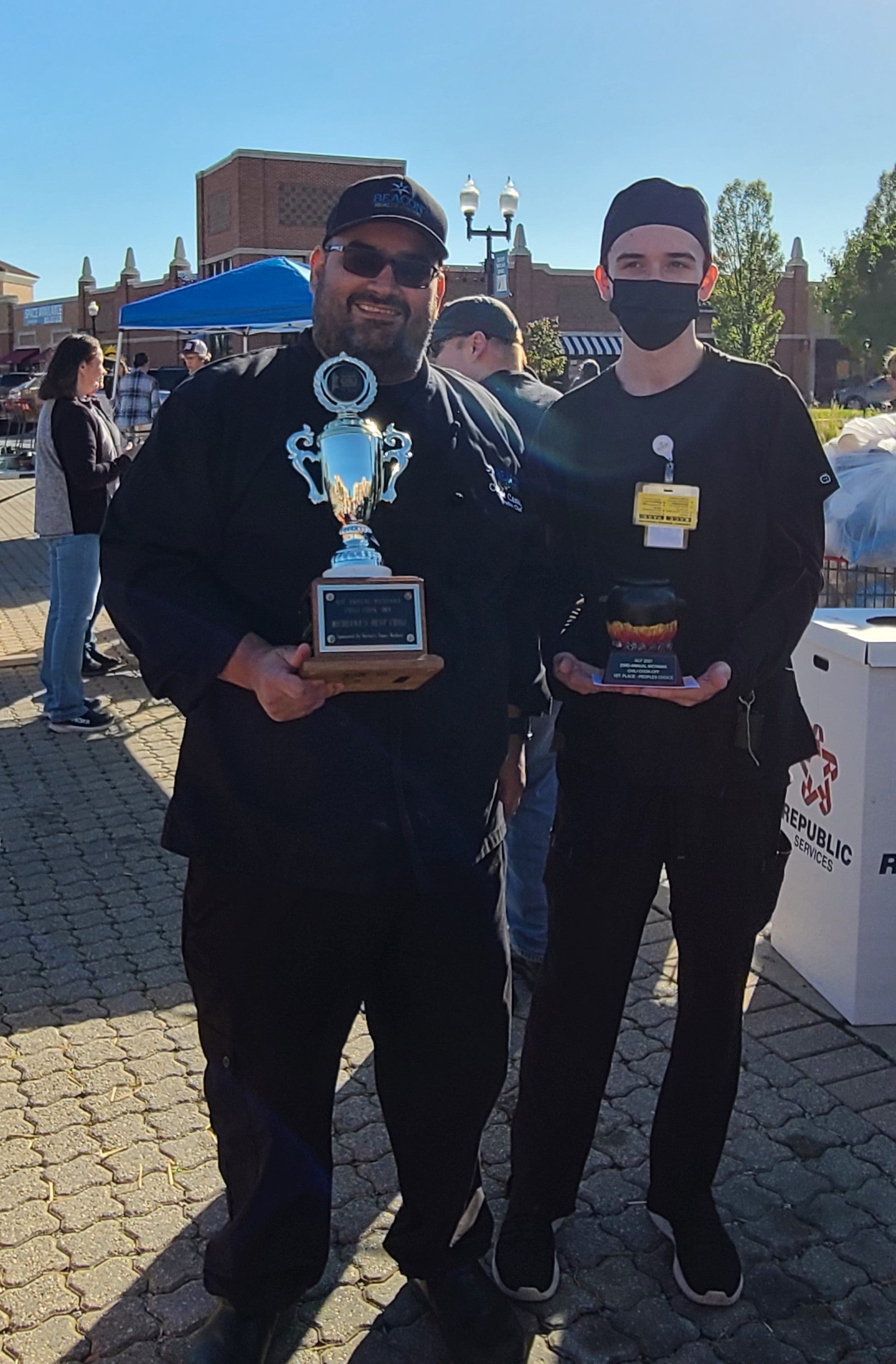 After a tally of more than 400 votes, Elkhart General Hospital Executive Chef Carlos Casadio was awarded first place at the 23rd Annual ACF Chili Cook Off on Sunday, October 23.

The competition was hosted by the American Culinary Federation South Bend Cooks and Chefs Association and all proceeds benefited the Food Bank of Northern Indiana. First, second, and third place winners in the popular vote and judges’ choice categories won a chili pot trophy.

“Elkhart General’s chili had a nice kick to it,” said Marijo Martinec, Executive Director and CEO of the Food Bank of Northern Indiana. “It was loaded with beef and a red sauce that melted in your mouth, and then there was an explosion of flavor!”

In celebration of his victory and National Healthcare Foodservice Workers Week, we caught up with Chef Carlos and asked him five questions about his love of cooking and his award-winning chili. 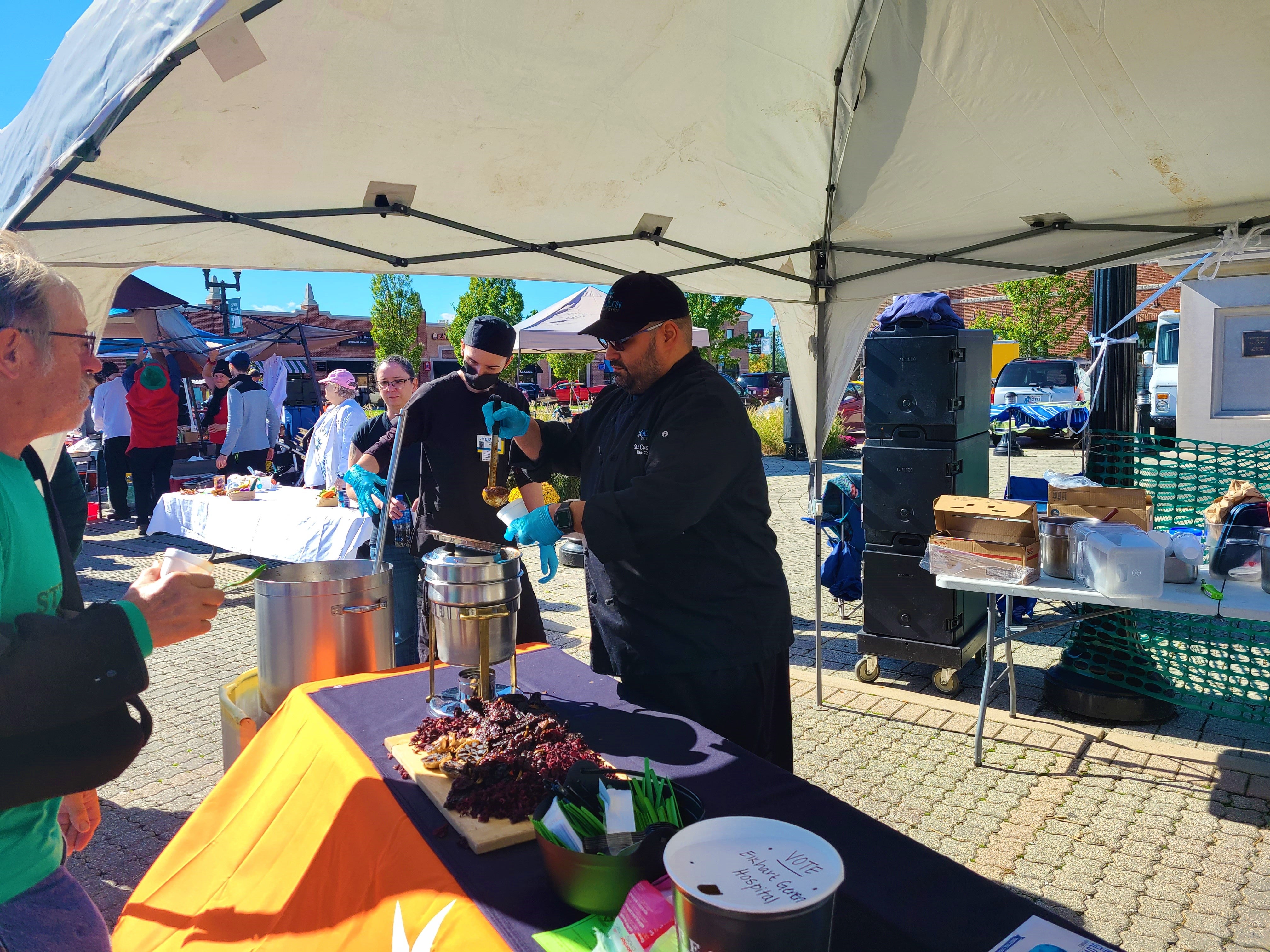 Who inspired you to become a chef?

Both of my grandmothers. I made my first pot of chili when I was 16 years old.

What is your secret ingredient or process?

Layering. I try to treat each component differently to develop their own flavors and then combine them for a more diverse and complex palate.

What was the competition like in this Food Bank competition? How confident were you with the recipe?

There is always good competitors. I trust my method of layering flavors to do well every time. Competing for bragging rights is always fun amongst all the chefs. 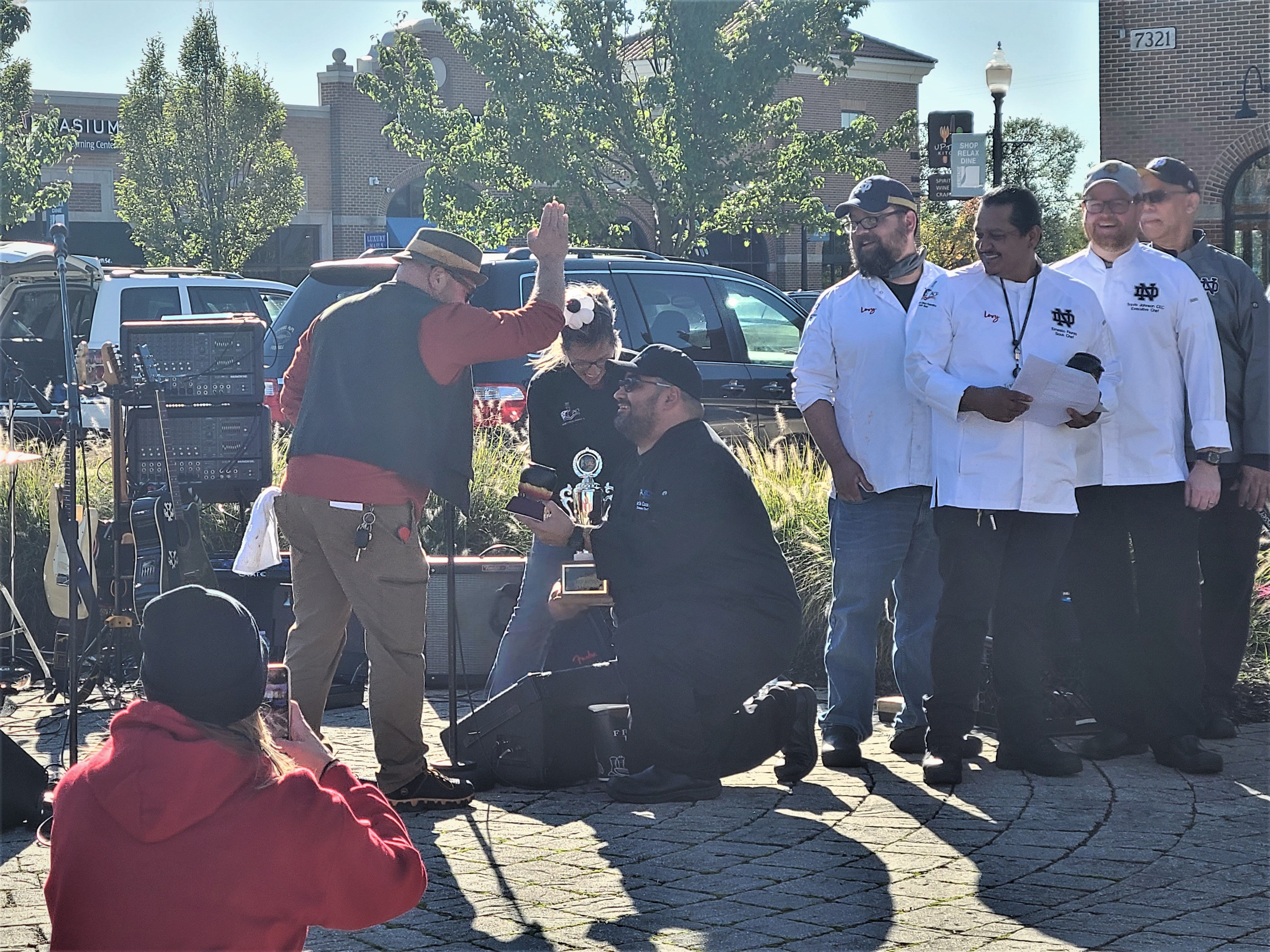 When can we expect it on our menu?

I will try to make it at least once a month through the winter.

What was your favorite part about participating in the cookoff?

It’s always a fun time hanging out with the other chefs. And helping the Food Bank of Northern Indiana.