By Heidi Prescott-Wieneke Published May 27, 2022 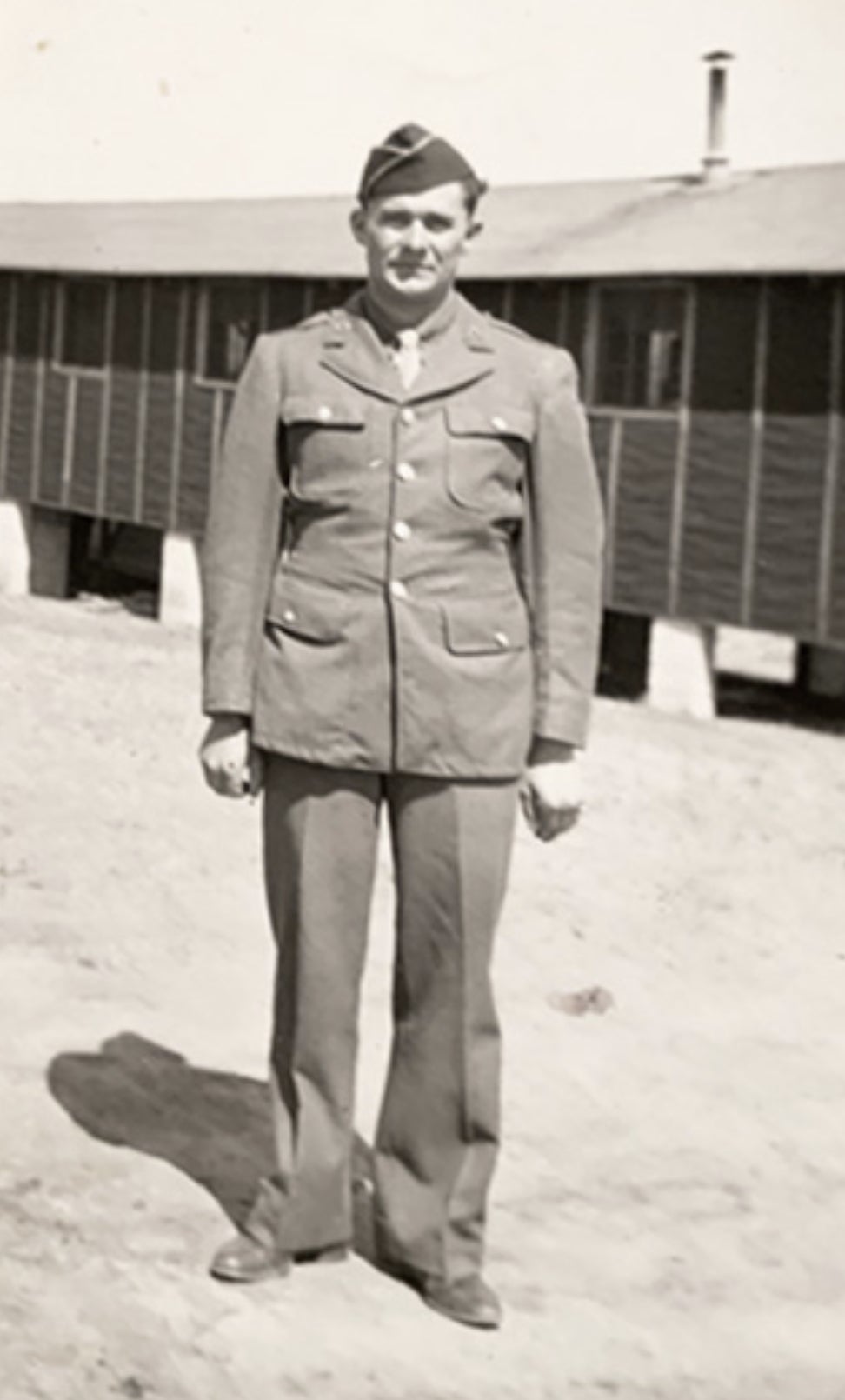 Few people know that Zach Roberts was raised by his grandmother.

But she is the reason Zach remembers a relative he never met, but feels like he knew, every Memorial Day. He thinks of Dillard.

“Grandma was the seventh daughter of 13 brothers and sisters. Dillard was her favorite brother,” Zach says. “He taught her how to play guitar and they played music together for hours in their rural Virginia town. I heard about his musical talent and his sense of humor. He was an animal lover and a kind man.”

Dillard was drafted into the Army around 1943. Zach’s grandma kept his letters in an old guitar case. Zach has read all of them. In one correspondence, Dillard told Zach’s grandma about how they would play guitar again together after the war was over.

Dillard was killed in action on Oct. 14, 1944 during Operation Olive in Italy. The Purple Heart he received was passed down to Zach, who later became an infantryman himself. Just like Dillard.

Zach has been told that when Dillard died, something died in his grandma, too. Zach never saw his grandma play guitar. He never saw her pick up the instrument, let alone play a song or strum a single note.

And Monday, we honor Dillard and all those who sacrificed their lives while serving our country.

“I grew up seeing my grandma missing someone who was born, lived and died 42 years before I was born. And even then, I could see the void it left on my family,” Zach says. “A soldier’s sacrifice is forever. That’s what I think about on Memorial Day.”

Zach Roberts is the Emergency Preparedness Coordinator at Beacon Health System. He served as an infantryman in the Army National Guard.