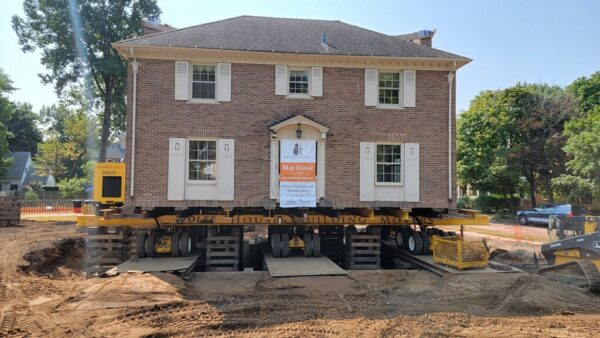 The historic May House moved this week to the Chapin Park Historic District in South Bend.

Beacon Health System and Indiana Landmarks partnered to relocate the 93-year-old May House from Park Lane near Memorial Hospital to the Chapin Park Historic District in South Bend.

The move took place early Thursday morning. Local residents and students lined the sidewalks to watch the house slowly move to its final destination on Riverside Drive. There, Indiana Landmarks plans to offer it for sale as a single-family residential dwelling.

“It was very satisfying to be part of preserving such a unique piece of South Bend history, and it was exciting to watch the May House on the journey to its new location,” said Shane Galloway, Beacon’s director of properties. Galloway shot the footage for our video below. “The move could not have been accomplished without the help and hard work of Indiana Landmarks, our partner on this project — which has been more than three years in the making.”

Click on the following photo to watch a short video compilation taken of the May House move: