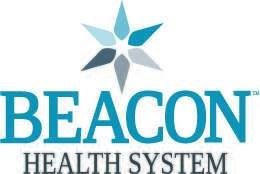 Gruber appointed CEO by Board of Directors

Newbold has served as CEO for 30 years and will remain at Beacon until the end of the year to provide transitional support.

“It has been an honor and privilege to work alongside such a remarkable team,” Newbold said. “This is the beginning of a new chapter. I plan to continue my work with innovation and improving the health and well-being for organizations and communities, and would like to share what I’ve learned as a CEO with future generations of leaders.”

Newbold is recognized as one of the most innovative health care leaders in the country, while remaining committed to health initiatives in the local communities served by Beacon. The health system was created under his leadership through the affiliation of Memorial Hospital and Elkhart General Hospital in 2011.

“After 30 years of dedicated leadership, we find ourselves grateful for Phil’s steady influence,” said Dan Morrison, Chairman of the Beacon Board of Directors. “He has uplifted the potential of the organization, overseen the expansion of more sophisticated and quality health care in our region, and fostered an environment where creative thinking regularly leads to innovation.”

The board anticipates a smooth transition, he said, because Beacon has long been committed to a strong leadership development culture across the health system.

“The full board completed a very thorough and thoughtful process to select our next CEO,” Morrison said. “Outstanding succession planning ensures us that under Kreg’s leadership, the health system will continue its tradition of excellence, high quality and innovative spirit.”

“Phil’s influence on this region is profound,” Gruber said. “In addition to raising the bar on the level of care we provide, he has also worked to uplift the economic health of the community. We are grateful that Phil and his wife, Mary, have chosen to remain here and continue to serve and lead. His legacy will be felt for a long time.”

Beacon Health System is the nonprofit parent organization of Elkhart General Hospital, Memorial Hospital of South Bend, and the 350-provider Beacon Medical Group and is the largest, locally owned health system in the region. Together, Elkhart General Hospital and Memorial Hospital of South Bend employ more than 7,000 team members and volunteers and are staffed by nearly 1,000 physicians. For more information, visit www.beaconhealthsystem.org.