Oct 27, 2020 in Spotlight by Heidi Prescott-Wieneke 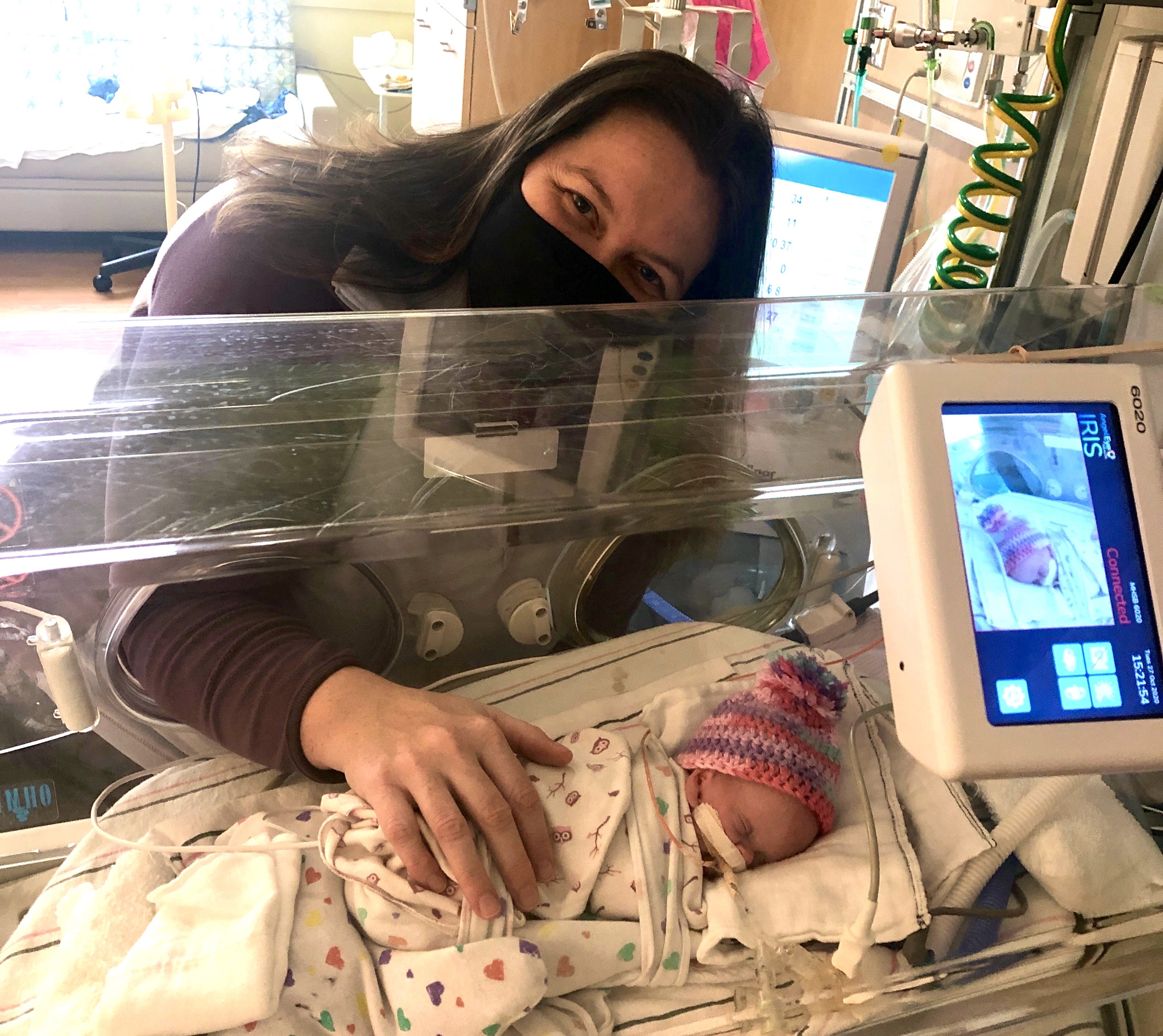 Cinnamon Parry and her daughter, Maren.

Technology plays a critical role in the care that Beacon Children’s Hospital clinicians provide for premature and fragile newborns.

Now, technology is also keeping more parents like Cinnamon and Aaron Parry of Michigan City connected to their daughter when they can’t be at her bedside.

The Pampers grant was supplemented by community donations to Beacon Health Foundation to fund the purchase of 29 cameras, including two mobile cameras.

Using secure, HIPAA-compliant, live-stream video, parents like Aaron Parry is able to keep close tabs on baby Maren on the days when he is back at work and home.

“Sometimes you wonder, ‘What is she doing? What’s going on with her?” Cinnamon Parry said. “And now we have the opportunity to see if she’s moving her little hands or blinking or is wide awake.”

Six years ago, the Parrys didn’t have this opportunity when their daughter, Aaris, spent time in the same NICU as a preemie.

“I never in a million years thought this would happen,” Cinnamon Perry said about the AngelEye cameras, which families like theirs can access using their phone, computer or tablet.

“Telling my husband what is going on here is one thing. But for him to be able to see Maren when he’s not here, that is awesome,” Cinnamon said. “Technology is such a blessing for us.” 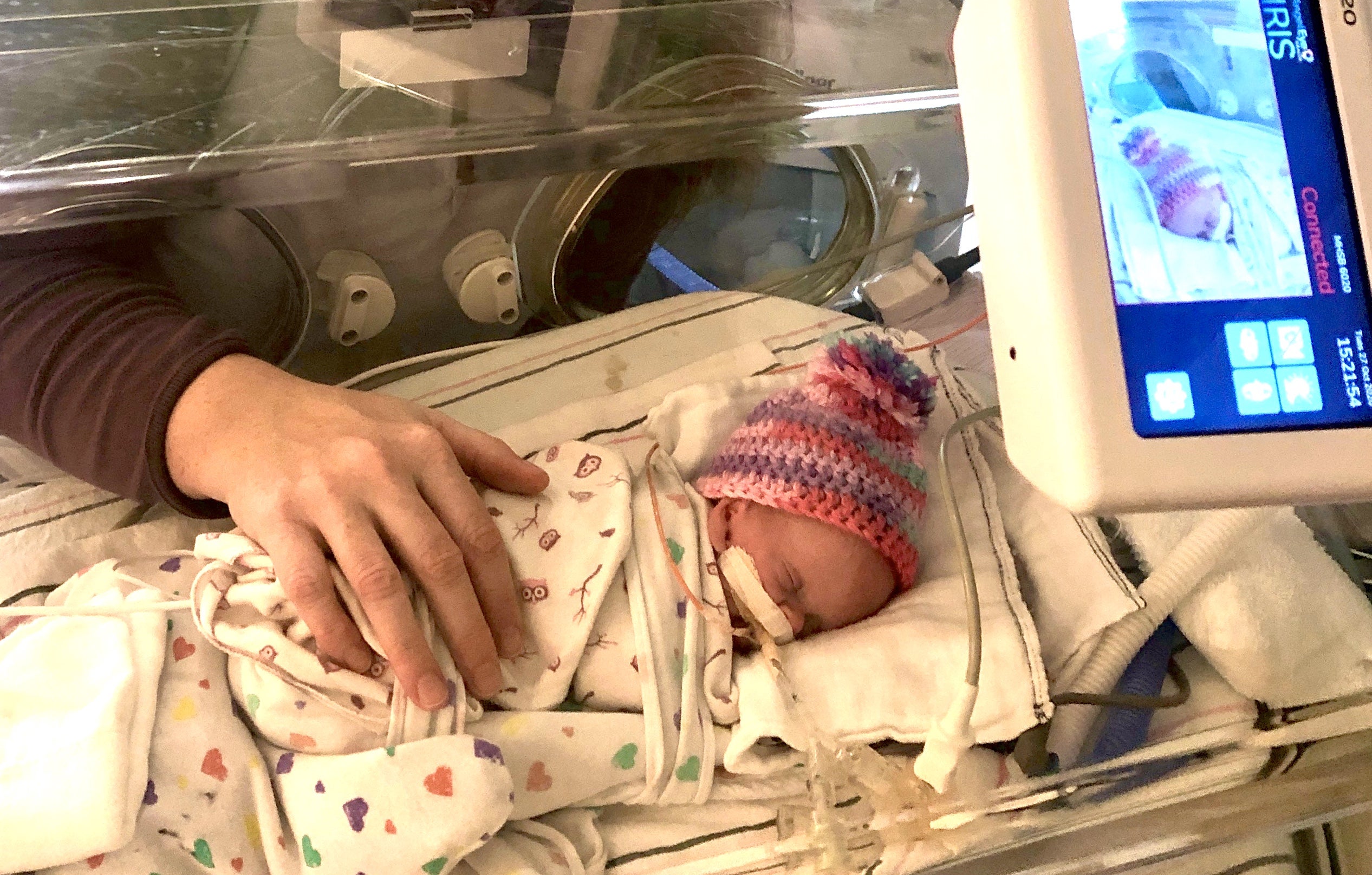 NICU families have been sharing five AngelEye cameras it received from a community donation in 2015.

But with an average daily census of 25 babies, there are usually many more families and babies in the NICU than cameras.

“Nobody wants to leave their baby,” said Jen Tonkovich, Beacon Children’s Director of Children’s Services. “Now, these new cameras give parents the peace of mind that they can check in whenever they want.”

The cameras also give hospital staff an online education solution with hospital-specific information, as well as expertly curated NICU-focused content. The full AngelEye TeleEngagement Platform offered by Beacon Children’s means parents can be an active member of their infant’s care team, staff can work with parents more efficiently, and parents are ready to care for their fragile little one when it’s time to take their baby home.

“Staying connected is important, now more than ever,” Tonkovich said. “These cameras will also allow families to share their precious babies with family members and friends while visitation restrictions are in place.”