Jan 20, 2021 in Spotlight by Heidi Prescott-Wieneke

After COVID-19 entered St. Joseph, Elkhart and Marshall counties, some people felt scared. Some faced the loss of family members or friends to the virus early in the pandemic. Many wanted to be tested.

Beacon Health System responded, and Dr. Vince Henderson played a big part in the way Beacon reached out to the community.

South Bend Mayor James Mueller on Monday commended the Beacon Medical Group President for helping to spearhead the health system’s effort to respond with COVID-19 mobile testing sites, including trailers that were placed in low-income neighborhoods and communities of color where the greatest burden of the virus was being felt.

“At its peak, Beacon Medical Group was administering 600 COVID tests daily across these sites. We are deeply grateful to Dr. Vincent Henderson,” Mayor Mueller said Monday at the 35th annual Martin Luther King, Jr. Celebration and Day of Service. 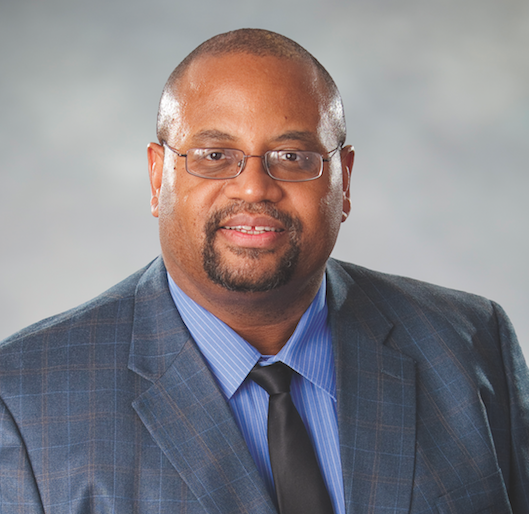 Dr. Henderson was presented the Drum Major Award for Community Service by Mayor Mueller during the event, sponsored by the Martin Luther King Foundation in partnership with the South Bend Heritage Foundation, Project Impact and the Civil Rights Heritage Center.

Henderson and other exemplary individuals were recognized by Mayor Mueller and Mishawaka Mayor Dave Wood for donating their time and efforts during the past year to improve St. Joseph County.

“I had 8,000 folks at Beacon who helped this effort come to fruition. I would like to thank all those at Beacon who made this possible, and there are obviously way too many to name,” Dr. Henderson said Monday night.

“We are now shifting from testing to vaccination,” he added during his acceptance speech. “And we want the same effort, if not even greater, to make sure we vaccinate the community, to keep our community safe.”

Dr. Henderson said the best part about the award is how he shares it with the entire Beacon team.

“One of the proudest member I had as part of that whole process was going to our CEO Kreg Gruber and saying, ‘Hey, I have an idea. Why don’t we set up some testing sites in the west side of South Bend where we need them the most’,” he recalled. “And it took him a microsecond to say, ‘Yes, we need to do that.'”

But a trailer would require space. So Dr. Henderson reached out and asked a local pastor if his church had space to host a testing trailer.

The pastor told Dr. Henderson that the medical group could use whatever it needed for its COVID testing efforts.

“It literally took about an hour-and-a-half to go from nothing to a fully-baked idea, and within days we were up and running,” Dr. Henderson said.

Even though he was bestowed the Drum Major Award for Community Service, Dr. Henderson said he shares it with everyone at Beacon Health System. Used with permission from the South Bend Tribune