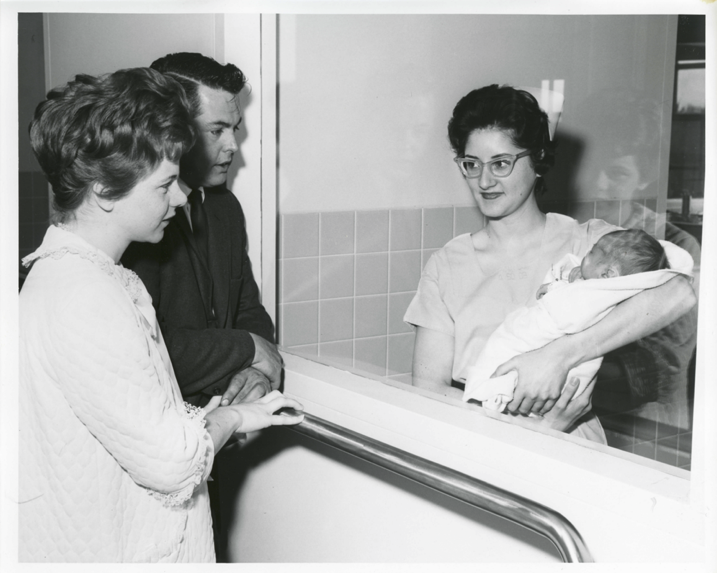 Cathy and Lee Roberts see their son Mark at Memorial Hospital in 1961.

In 1961, Lee and Cathy Roberts welcomed a beautiful baby boy at Memorial Hospital of South Bend. Unsure if he would live after a difficult delivery, staff moved baby Mark to the Newborn Intensive Care Unit.

It wasn’t until a few days later that Lee and Cathy were able to see Mark, and that tender moment of meeting for the first time was captured on film.

Beacon recently shared that touching photo as part of our Throwback Thursday series. It didn’t take long before Beacon nurse Mona Roberts reached out to say that she recognized the photo: It was the very first photo taken of her husband.

“I called my husband in and he said, ‘I’m sure it’s my parents,’” said Mona, a registered nurse with Memorial Hospital’s Childbirth Unit and Maternal Transport teams. “We couldn’t quite tell by his mom’s profile, but they confirmed to us that they had the picture packed away somewhere at home.” 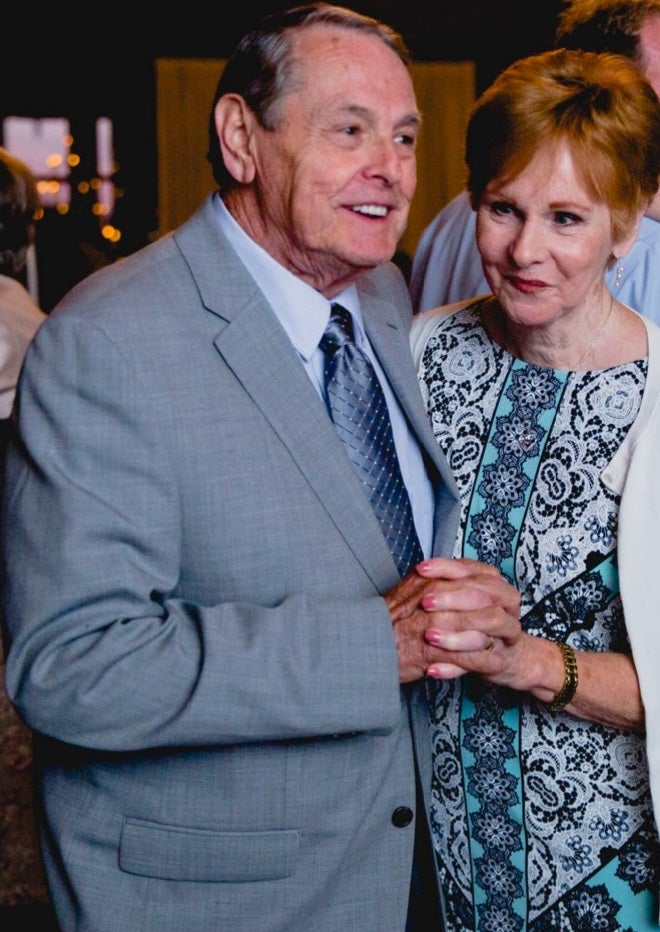 Lee and Cathy Roberts will celebrate their 65th anniversary this year. 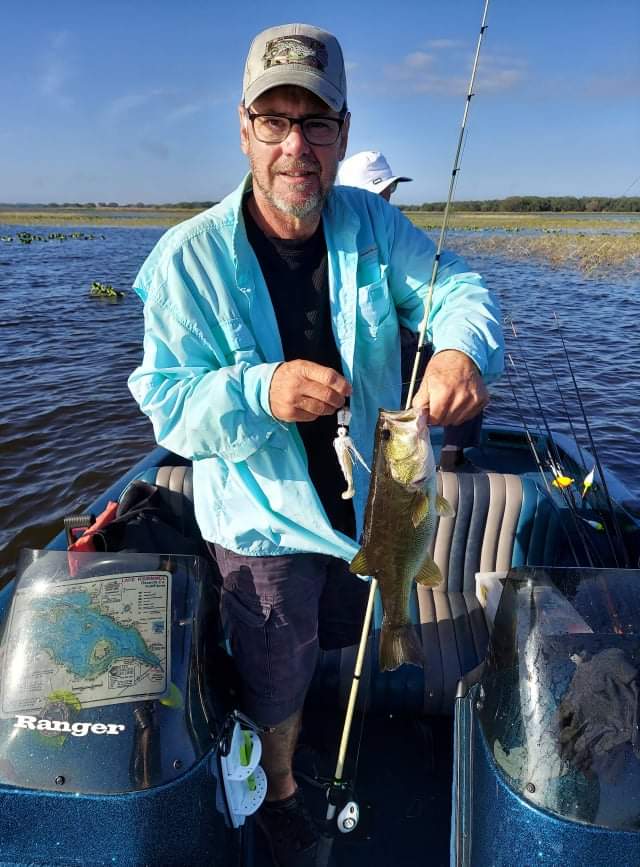 Lee and Cathy – now in their 80s – have three grandchildren and two great-grandchildren. Later this month, they’ll celebrate their 65th anniversary. “I’m so fortunate to have them,” Mona said. “They are wonderful people.”

Caring for moms and babies — then and now

Things were very different for delivering moms and babies sixty years ago — large nursery rooms in hospitals were the norm, and NICU babies and their moms recovered in separate rooms. That separation is evident in the photo taken 60 years ago, with Lee and Cathy on one side of the glass, and a nurse holding Mark on the other.

Mona, who graduated from the Memorial Hospital of South Bend School of Nursing in 1984 and who has served as a Memorial nurse ever since, remembers what it was like before things started changing for delivering moms and even more changes that happened when Beacon Children’s Hospital opened. “When I first graduated, moms labored in one room, delivered in another, and babies went to the nursery after birth.”

“When we had to take a baby to the NICU, just to see the parents’ sadness and worry, it was heartbreaking,” Mona said.

Thanks to the innovation and dedication of our staff, NICU families can now stay with their children in Couplet Care rooms at Beacon Children’s Hospital. Beacon Health System was one of the first hospitals in the country to offer these rooms that allow moms and babies to stay together.

Benjamin is a communications specialist at Beacon Health System. In addition to spreading the news about Beacon patients and team members, he enjoys reading and spending time with his wife and son.