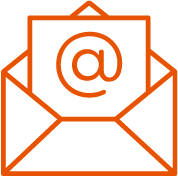 This recipe makes 32 cinnamon rolls. If that's more than you need, you can freeze some for later.

In a small saucepan, heat the milk until just below the boiling point. Don't boil. Stir in the canola oil, sugar and salt. Remove the milk mixture from the heat and cool until lukewarm.

In a small bowl, combine yeast and water. Stir and set aside for 5 minutes.

In a large bowl, beat the egg and egg whites using an electric mixer. Add in the yeast and milk mixture.

Using a wooden spoon mix in the flours, 1 cup at a time, until a soft dough forms. (If you have a countertop mixer, use a dough hook and follow the manufacturer's directions.)

Turn the dough out onto a generously floured work surface and, with floured hands, knead gently until the dough is smooth and elastic, about 5 minutes.

In a small bowl, combine the cinnamon, brown sugar and raisins.

Using a rolling pin, roll each ball of dough into a 16-by-8-inch rectangle. Spray the dough with cooking/baking spray. Sprinkle each rectangle with half of the cinnamon mixture. Starting at the long side, roll up each rectangle. Slice each roll into 16 pieces and place on the prepared pan. Let rise until double in size, about 1 1/2 hours.*

To make the glaze, heat the apple juice over medium heat. Cook until the juice is syrupy, about 5 to 7 minutes. Set aside.

Heat oven to 350 degrees. Brush each roll with the apple juice. Bake until golden brown, about 15 minutes.* Serve warm.

*If you want to freeze rolls for later, only bake them until the dough rises a bit more but hasn't browned. Cool partially baked rolls in pan. Wrap tightly in 2 layers of plastic wrap and freeze. When you want to use them, thaw in refrigerator. Then bake at 350 F for 8-10 minutes.