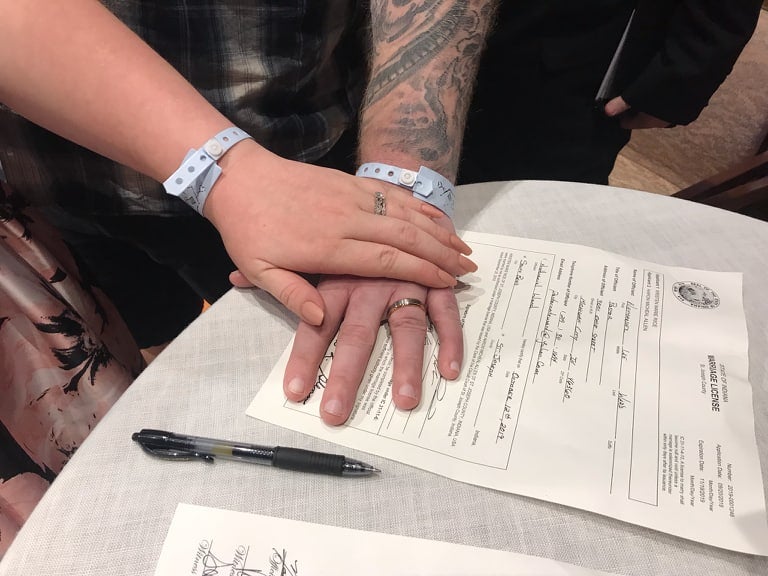 Nov 18, 2019 in Spotlight by Heidi Prescott-Wieneke 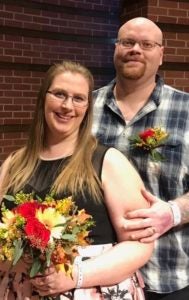 Kristen Rice and Aaron Allen had been planning their wedding since the summer of 2018.

But when Kristen Rice’s water broke just three weeks before their big day, and doctors placed her on bed-rest for the remainder of her pregnancy, they knew there was only one thing they could do: Postpone their nuptials.

“We called all the venues we had booked, and our 200-person guest list, and canceled the entire thing for the day we had been planning for so long,” Kristen said. To call it disappointing would be an understatement.

Because Kristen was only 32 weeks pregnant, the Beacon Transport team brought her to Memorial Hospital of South Bend to receive care.

She ended up spending less than a week on bed-rest with Aaron by her side.

On Sept. 28, their son was born – eight weeks early. Caleb weighed in at 5 pounds, 3 ounces. It was a whirlwind the New Carlisle couple hadn’t anticipated.

Because of his prematurity, Caleb required care from the Level III NICU at Beacon Children’s Hospital. In addition to being treated for jaundice, the newborn also needed a feeding tube.

“We had been telling our nurses that we were not leaving our son in the hospital to go get married,” Kristen said. “We wanted to stay with our baby. But we never expected what happened next.”

After the nurses learned the circumstances surrounding their wedding, they helped Kristen and Aaron with new plans that would keep them close to their baby.

Nurses volunteered to decorate the parent’s lounge for a reception.

And the couple’s Michigan City pastor even drove over to officiate the ceremony on Oct. 12, the very same day their wedding had originally been planned. 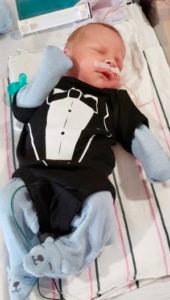 “Walking into the hospital chapel was unbelievable. I hadn’t seen it until the day of the wedding. I cried,” Kristen said.

“Never in a million years did we ever expect any of it. We both had our parents there and our families.”

And for a special last minute surprise, baby Caleb joined them.

“The nurses were able to bring him down at the last minute, just as my dad was getting ready to walk me down the aisle. Words really can’t describe what it meant,” Kristen said about the kindness shown by the NICU team.

“There are not enough ways to say thank you enough and we are beyond grateful for all the staff that helped put a wedding together. It was beautiful and it meant the world to us.”